Ford said recently it is planning to plant a 2015 Mustang convertible on the observation deck of one of the world's tallest buildings, mimicking a similar stunt done 49 years ago in the same place. It marks the half-century mark celebration for the iconic American car.

"New York is one of the greatest cities in the world, and it's the place where the Ford Mustang story began 50 years ago," says Mark Fields, Ford chief operating officer, in a statement. "We're thrilled to be visiting the architectural landmark that has been the heart of the Manhattan skyline for 83 years with the newest generation of the car that is the soul of Ford Motor Company."

Now, the only problem will be finding a way to get a car up 86 stories. Ford engineers are planning to take it up the elevator -- piece by piece.

They did it before -- in 1965, dividing the car into three pieces plus the windshield. But the 2015 Mustang is nearly seven inches longer and four inches wider than the original pony car. As a result, a lot more planning is going into pulling off the feat. The move has to be done in six hours. 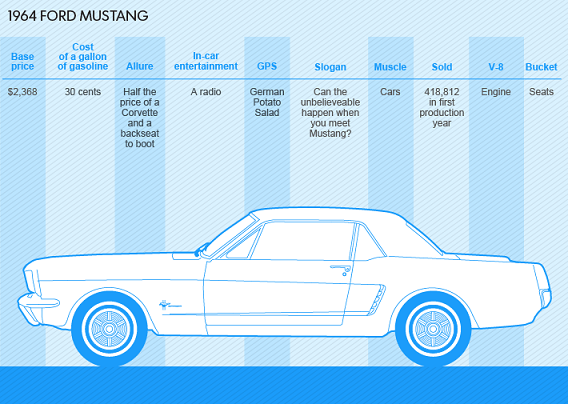 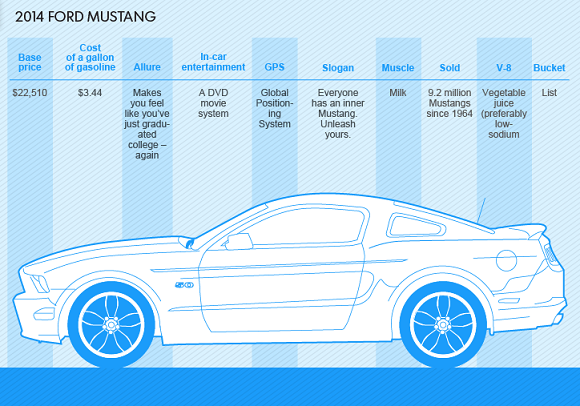 Heiser Lincoln Wins President's Award
Heiser Lincoln is proud to announce they have won the Lincoln Motor Company’s President’s Award for 2013.  This prestigious honor acknowledges superior customer service in all aspects of dealership operations. The Glendale dealership was recognized with the award for its Lincoln sales and service operations.

“We’re proud to be the only Lincoln dealer in the Milwaukee Metro area to have earned this award,” stated Chris Meyer, General Manager at Heiser Lincoln. “We know we need to continue to commit to the highest standards of customer service each and every day. Winning this award simply reinforces that philosophy throughout our dealership.”

According to Lincoln Motor Company, the President’s Award recipients must “exceed customer expectations every day in every department. This award salutes those top-performing Lincoln Dealerships achieving among the highest levels of customer satisfaction in automotive retailing.  It is a level of recognition dealers strive for and should be proud of achieving.”

“This is a quite an accomplishment for Heiser Lincoln and we are elated and honored to be acknowledged for the President’s Award,” stated Mary Ann Scaffidi, one of the family owners of Heiser Automotive Group. “It gives me great pleasure knowing that what we believe in as a company is recognized by our sales and service clients.  When we say “Anything’s Possible” at Heiser, this is what we mean.”

Ford Explorer becomes United States’ top police car
Ford has already claimed that the police version of the Explorer SUV has become America's new most popular cop car. Now it says it has the numbers to prove it.

Together, they account for almost half of all police vehicles sold among the major brands -- Dodge, Ford and Chevrolet, according to Ford, which bases its analysis on data from industry statisticians R.L. Polk.

The industry as a whole was up 22% last year. Taurus competes in the police sedan market against Dodge Charger and Chevrolet Caprice. General Motors announced a new Chevrolet SUV in February that will go up against the Explorer. All are trying to fill the gap left by Ford's decision to kill the venerable Crown Victoria sedan, the mainstay of America's police agencies for years.

The Reasons Why It Has Become the Top Police Car:

Officers needed more space and the engine to perform to their daily needs. With the large amount of equipment officers now have to transport, it is clear why the utility vehicle is a hit.

Civilian Version on Sale at Heiser:

Ford Explorer fans that are interested in driving the SUV can visit Heiser Ford at 1700 West Silver Spring Drive or contact the dealership at (414) 228-5700.

A Ford History Lesson: The Real Story of a “Rosie the Riveter.”
Until World War II, the automotive industry was a mostly male stronghold. Then so many men were called to serve, leaving the women to seek employment.

Women Were Integral to the War Effort:

In 1943, two years after the United States entered World War II, more than 30 percent of Ford workers in the machining and assembly departments were women. Women built jeeps, B-24 aircraft, and tractors. They even flew planes, becoming test pilots for the B-24s that were built for the war effort. They
operated drill presses, welding tools, heavy casting machinery and—like Rose Will Monroe—riveting guns.

A Real Rosie the Riveter:
The term "Rosie the Riveter" was first used in 1942 in a song recorded by the popular big band leader Kay Kyser, which became a national hit. The song portrays "Rosie" as a tireless assembly line worker, doing her part to help the American war effort. Although the song was inspired by Rosalind P. Walter, Rosie the Riveter became most closely associated with another real woman, Rose Will Monroe, who moved to Michigan during World War II. Rose Will Monroe had been left a widow with two young children after her husband was killed in a car accident. Like millions of other women in America, she joined the workforce to fulfill a call to arms and to support her family.

She worked as a riveter at the Willow Run Aircraft Factory in Ypsilanti, Michigan, building B-29 and B-24 bombers for the U.S. Army Air Forces. Because Monroe happened to best fit the description of the worker depicted in the “Rosie the Riverter” song, she was asked to star in a promotional film about the war effort at home. Rosie went on to become perhaps the most widely recognized icon of that era. The films and posters she appeared in were used to encourage women to go to work in support of the war effort.

When the war ended, Rose Will Monroe and her female wartime colleagues were sent home so the returning soldiers could resume their prewar jobs. But the women had made their point, and had changed the American workplace forever. Monroe herself achieved her dream of piloting a plane when she was in her 50's.

A Lasting Contribution:
After the war was over, gender was added to the nondiscrimination clause in the contract between the company and the UAW in 1946, another indication of the changing times and the impact that "Rosie the Riveter" had had on industrial production at Ford Motor Company and elsewhere. In the decades that followed, the laws caught up with the changes, and more women took their rightful places in the boardroom as well as on the factory floor.