Bob joined the Heiser team 1984 as a lot attendant and has been the Heiser Chevrolet Cadillac Used Car Manager since 2011. He has held several roles within the Heiser Automotive Group and has enjoyed the many customers he has meet along the way. Customers and colleagues alike describe him as a people person and clearly a family man. He often goes out of his way to say “Hi” to customers when they come in for service. And his family even comes in for the occasional visit while he is at work.

“I enjoy the friendly atmosphere at Heiser,” said Bob. “I like it when people in with their family to find their next vehicle. You can really get a sense of a customer by observing the interactions in that family dynamic. As a result, my staff and I can make sure we are providing them with a vehicle that fits all of their needs. Plus it’s fun to hear their stories. I’ve found that once you connect with the customer, and relate the Heiser experience to their lives, it breaks any stereotypical views of a car dealership,” he continued.

Bob’s personal philosophy is to strive for interactions with his customers that are open and fun. “At Heiser Chevrolet Cadillac, we understand purchasing a vehicle is a big decision and can be stressful.   Therefore, being honest and upfront about all the details throughout the process is important. I want to make sure my customers know their money and time is respected at our dealership,” stated Bob.  “When you buy a vehicle from us, you join our family. We are here to serve you and your neighbors as a resource and trusted partner.”

Outside the used car sales department, Bob has a busy family life. He loves spending time with his five children and four grandchildren! In fact, he will be welcoming his fifth grandchild within the year.

We invite you to email him at: bfelder@heiser.com.

Chevrolet Marks 50th Anniversary of First Malibu
In 1964, a gallon of gas cost Milwaukee-area drivers 30 cents and a movie ticket cost $1.25. The Dow Jones Industrial Average closed the year at 874 and The Beatles made their historic appearance on the Ed Sullivan show. It was also the year Chevrolet introduced the Malibu.


What a difference half a century makes. 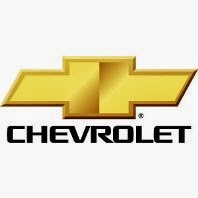 Stylish for its day, Malibu made its mid-1960s debut as Chevrolet’s first “intermediate” car – and one of the first midsize cars in America. Before then, Chevrolet’s passenger car lineup consisted of a range of full-size models, headlined by Impala, along with the Corvair and Corvette. Named for the Los Angeles-area enclave that was center of the beach culture in the 1960s, the Malibu was the top trim line for the intermediate platform, which also included the Chevelle as an entry-level model, and the El Camino truck. It was lauded for its robust, body-on-frame construction and responsive coil-spring front suspension.


The 2014 Malibu is the eighth generation of the nameplate and the technological progress extends to safety, comfort and connectivity features. What has not changed is Malibu’s mission as a midsize car with styling that stands the test of time.


Generation 1 – 1964-1967:
Although originally launched as premium sedan for families, the first Malibu was quickly caught up in the muscle car wars of the 1960s and soon after its introduction; the sporty Malibu SS was born. The Chevelle SS took the lead for Chevrolet’s muscle cars in 1966 and the Malibu continued as the premium model, tailored for the growing number of suburban customers who sought roominess yet efficiency for their long commutes every day.


Generation 2 – 1968-1972:
Based on the original intermediate platform, the 1968-72 models’ dimensions shifted with a slightly shorter 112-inch wheelbase for coupes and convertibles and a longer, 116-inch wheelbase for sedans and wagons. Like the 1964-67 models, each model year in the second generation had distinctive year-over-year styling differences.


Generation 3 – 1973-1977:
The 1973 introduction of the third-generation Malibu brought a new frame that retained the previous 112-/116-inch wheelbases, but to accommodate new federal crash standards, the bodies grew about five inches in length and one inch in width.  A European-inspired Laguna model briefly dethroned the Malibu from its perch atop the midsize hierarchy.


Generation 4 – 1978-1983:
Chevrolet discontinued the Chevelle line after 1977 and the next generation of downsized midsize cars would stick strictly with the Malibu name from 1978 onward. They were a foot shorter and more than 500 pounds lighter, offering V-6 and V-8 engines. There was even a dedicated police car package.


Generation 6 – 2004-2007:
Malibu moved to GM’s award-winning global architecture for 2004, offering greater technology, efficiency and performance – including the return of the Malibu SS, which featured a 240-horsepower 3.9L V-6. The Malibu range also included the Malibu Maxx five-door extended sedan, which offered greater cargo room and innovations such as the ability of the rear seat to slide seven inches fore and after and reclining rear seat.


Generation 7 – 2008-2012:
Riding on an enhanced, longer version of the architecture introduced on the 2004 Malibu, the seventh-generation models introduced greater levels of refinement, performance and efficiency – along with enhanced safety features, including standard head curtain side air bags. It was voted the 2008 North American Car of the Year at the North American International Auto Show in Detroit.


Full-speed-range adaptive cruise control, available on the 2014 Chevrolet Impala can help reduce the number of repeated stops and starts during every day commuting, which can be stressful for drivers.


Unlike regular cruise control, the full-speed-range adaptive cruise control system uses forward-looking radar to let the driver choose one of three gaps at which to follow the car ahead. These gaps adapt to the cruise speed selected, so a larger distance between cars at a higher cruise speed is provided. The system can automatically accelerate and brake the vehicle up to moderate levels to maintain the driver-selected gap, and can even work under stop-and-go traffic conditions, such as automated toll booths.


“The redesigned Impala is the first Chevrolet to offer the adaptive cruise control technology,” said Mary Ann Scaffidi one of the family-owners of Heiser Chevrolet.  “By addressing the repetitive task of braking and accelerating via a cruise control system, it allows drivers the ability to maintain a driver-selected following gap with the vehicle ahead.”


Adaptive Cruise Control still requires drivers to pay careful attention to traffic and road conditions and override the system when necessary by manually accelerating and/or braking.


General Motors and the University of Michigan Transportation Research Institute conducted a large field test in 2005 in cooperation with the National Highway Traffic Safety Administration, using Adaptive Cruise Control at speeds above 25 mph.


Results indicated that brake-apply rates were 25 times lower under freeway conditions relative to manual driving. These results suggest that Adaptive Cruise Control can substantially reduce the workload and stress associated with the everyday task of car following.


Two other Impala features help drivers avoid or reduce the damage caused by crashes. Forward Collision Alert warns the driver when he is approaching a vehicle ahead too quickly or if he is following much too closely. Crash Imminent Braking, available with the ACC package, can intervene to automatically apply the brakes, such as when a driver fails to respond quickly enough to Forward Collision Alert warnings.


The new Impala recently received the highest possible 5-star Overall Vehicle Score for safety as part of the National Highway Traffic Safety Administration’s New Car Assessment Program, and has one of the most comprehensive collections of standard and available safety features in its segment.


2014 Chevrolet Silverado 1500 edged Chrysler Group's Ram 1500 in an evaluation of the pickup trucks by Consumer Reports magazine.
Editors at the influential shopping guide scored the Silverado ahead of the Ram in a series of road tests that measures such attributes as fuel economy, performance, towing and comfort.
It's the second time in recent months that a redesigned GM model has come out on top in the magazine's tests.


In its September issue, Consumer Reports rated the 2014 Chevrolet Impala -- with a road-test score of 92 out of 100 -- the best sedan it has ever evaluated.


Silverado bested the Ram in several key areas. It has a larger cargo bed, can tow a heavy trailer, and delivers the best fuel economy in the class -- 16 mpg overall.


The Silverado tested by Consumer Reports was powered by a 5.3-liter V-8 engine, six-speed automatic transmission and four-wheel drive. It returned 11 mpg city, 23 highway and 16 combined.


The trucks were tested on CR's own test track and on public roads. Results of the evaluation will appear online and in the magazine's November issue.


The full-sized pickup market -- a key and hugely profitable battleground for the Detroit 3 -- is booming as housing and construction activity recovers.


Every automaker except Nissan Motor Co. has posted double-digit gains this year in big pickup volume.


The redesigned 2014 Silverado went on sale in June. Silverado sales are up 25 percent for the year.