By Mary Ann Scaffidi - August 16, 2013
﻿﻿﻿Pat Pomeranz Provides Out of the Ballpark Leadership at Heiser Toyota! ﻿﻿﻿
﻿﻿﻿This month we recognize our Heiser Toyota +Heiser Toyota Scion General Manager, Pat Pomeranz. He is known for his smile and compassion to listen to the needs of both his staff and customers. Thus, once customers buy a vehicle from Heiser Toyota, they are part of the Heiser family for life. ﻿﻿﻿﻿﻿﻿
In a recent dealerrater.com review, one customer stated: ﻿﻿

This is the 23rd vehicle that a family member or I have purchased from the Heiser Group. I always find dealing with Heiser very straight forward and friendly. I have recommended them to several of my friends. I especially like working with Heiser Toyota’s General Manager, Pat Pomeranz. Pat is very accommodating and has always made me feel comfortable. He treats you like a friend, and goes out of his way to say hi  to me even when I come in for just service.﻿﻿﻿﻿


Pat joined the Heiser family in July of 1984 and has been a Heiser General Manager since 1997.  He has held every role in our sales department, from Sales Consultant to Finance Manager to Sales Manager and finally his current role as General Manager. Thus, Pat is the type of versatile leader that works hard to empower his staff and help them improve every day. He understands the challenges and rewards of each role in sales.
His career motto is, “If your actions inspire others to dream more, learn more, do more and become more, you are a leader.” He encourages his staff to improve every day and treat every customer with the utmost respect. As a result, his staff is often praised for the great customer service they give and how comfortable their customers feel in the Heiser Toyota showroom. Pat is also quite proud of the fact that many of the Heiser Toyota staff members grow into other leadership roles within the Heiser organization.
Outside of the dealership showroom, Pat enjoys watching baseball. In fact, prior to being in the automotive industry Pat played baseball in the Minor Leagues. He was drafted by the +Chicago White Sox in the 18th round of the 1983 +MLB June Amateur Draft from the +Ole Miss - The University of Mississippi. Although he says he doesn’t have much time for to play baseball or other hobbies these days, he does enjoy a good afternoon watching Wisconsin sports, and relaxing with his family at their home.
We invite you to email Pat at pomeranz@heiser.com.

+TOYOTA Motor Sales demonstrated its ability to listen to its customers yet again. Named in the annual Auto Pacific Ideal Vehicle Awards (IVA), the +Toyota Avalon  Hybrid flagship sedan earned the 2013 top Hybrid/EV.  The Auto Pacific IVA “recognizes the cars that best meet their owner’s expectations and desires about their automotive purchases.”


The first Avalon to offer Toyota’s legendary Hybrid Synergy Drive, the Avalon Hybrid generates 200 horsepower while delivering a city/highway combined 40 miles-per-gallon.  Avalon hybrid combines elegant and athletic styling with interior comfort and refinement. Launched in early 2013, the fourth-generation Avalon is the most American Avalon yet as it was designed and developed in the U.S. and assembled exclusively at Toyota Motor Manufacturing in Georgetown, Ky.

The IVA are based on a model-year survey of more than 52,000 vehicle owners across all manufacturers to reveal the vehicles that best meet the owners’ demands.  The award survey covers 15 key vehicle attributes including: exterior styling, exterior size, passenger roominess, cargo space, driver’s seat comfort, driver’s seat visibility, info/entertainment technology, interior lighting, power and acceleration, ease of getting in and out, interior storage compartments, ride, handling, safety features and tires and wheels.

Toyota sales surged to 193,394 units in July, up 17.3 percent on a raw volume basis.  For the fourth consecutive month, Toyota was the No. 1 retail brand, and +Toyota Camry had its best July sales month since 2010 – continuing its reign as the best-selling car in America.  “Solid industry sales in July point to a stable market indicating a recovering economy,” said Bill Fay, Toyota division group vice president and general manager. “Consumer confidence also maintained elevated levels as evidenced by strong retail sales.  Sales are being driven by consumer confidence, pent-up demand, new products and excellent financing options.”

+Fortune Magazine: Toyota Has An ‘Uncanny Connection’ With Its Customers 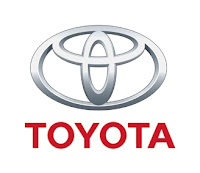 In a recent article in Fortune titled “Toyota Just Keeps Roaring Back” writer Alex Taylor III said the real winner in July auto sales was not General Motors or Ford, but +TOYOTA , which out-sold both rivals despite having few dealers and being less competitive in the hot-selling full-size truck segment. “The depth and durability of Toyota’s appeal speaks to its uncanny connection with its customers.” Taylor noted. “Most auto companies have their share of flops (GM’s Malibu, Honda’s 2012 Civic), but Toyota rarely misses the mark and seems to have a sixth sense for what consumers want.” He also pointed out that Toyota’s forward–thinking on hybrids has helped set up its current success. “More than moving the metal, Toyota is also doing something far more significant,” Taylor said. “It is reaping the rewards of a huge technological and financial risk it took two decades ago—the development of the gas-electric power train and its installation in the revolutionary Prius.”

The Toyota Prius c has been named one of the “Top 10 Best Back-to-School Cars” by +Kelley Blue Book, a popular auto shopping website. Criteria for selecting the list included earning high grades in fuel economy, safety, style, versatility and overall value. With an industry-leading 53 mpg in the city, a starting price below $20,000, upstanding residual values and the reassurance of Toyota’s reputation for reliability under its belt, the Prius c hybrid is a smart choice for students looking to offset their ever-climbing educational costs,” KBB.com editors said.

With the 2013-2014 school season right around the corner, many parents and students will be taking a trip to the car lot as part of their back-to-school shopping. Editors from Kelley Blue Book’s kbb.com hand-picked a selection of new cars they recommend for students who may be considering their MPG as well as their GPA.

The Scion family of cars includes five great models that would be perfect for anyone fresh out of school, whether it’s the fuel efficient Scion iQ or the roomy and practical Scion xB. Readers of Edmunds.com had something else in mind, however, when they were polled for the 4th annual list of Best Cars for College Graduates.

As it turns out, that something else was the 200 horsepower, rear-wheel drive Scion FR-S. The Scion FR-S was pitted against around two-dozen other cars, all of which were 2013 models that needed to fit the following criteria: They needed to be priced around $25,000, had to be attractively styled, needed to offer a fun driving experience, and had to include the type of features desired by drivers in their 20s.

While some of the competitors in the list came relatively close, ultimately the readers decided that the Scion FR-S provided the best combination of styling, performance, and features with 15.2% of the total vote. Check out all of the details at the Yahoo! Autos article below, and don’t forget to look into our $750 Scion College Grad Rebate when you buy your new Scion.

Toyota hangs onto title of world's top automaker in Jan-June

Toyota Motor Corp retains its title as the world's top-selling car maker in the first half of this year, outpacing General Motors and Volkswagen as it boosted overseas sales to a record high. Group wide global sales for Toyota Motor Company for the first six months totaled 4.911 million vehicles. Sales in the United States, its biggest market, were particularly strong. Toyota regained the global sales crown last year after slipping to third place behind GM and Volkswagen in 2011, when its supply chain was hit by naturals disasters in Japan and Thailand. Previously, it had been on top from 2008 through 2010.