The Tundra is making history in the Toyota Endeavour Project 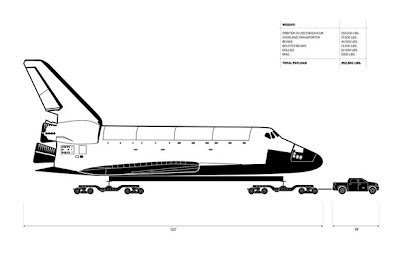 The Toyota Tundra has joined the battle amongst full-size pickup trucks with Ford, Chevy and Ram. The truck battle is as close to a “blood sport” as the auto industry has, but now Toyota may just get the last laugh in the tonnage towing race. In what should prove to be the shining moment for Toyota publicity, a showroom-stock 2012 Toyota Tundra will tow the space shuttle Endeavour to its final resting place at the California Science Center this month. The 2012 Toyota Tundra will tow the 300,000 pound Endeavour a quarter mile at a time using a specially designed rig. Endeavour will be towed a total of 12 miles from Los Angeles International Airport to the museum on October 13, and the Tundra will hitch up to the shuttle for the last quarter mile of the trip. The towing rig was made specifically for this event, allowing the full-size Tundra to pull almost 30 times its regular towing capacity. Toyota says that the truck used to tow Endeavour will be a stock V8 Tundra with no enhancem
Post a Comment
Read more
More posts